Penelope Norton is a former youth, now friend, who interns with our partner Highland Support Project in Guatemala. This is from her blog, an important reflection on how culture objectifies women. As Penelope points out, we’re kidding ourselves if we don’t think machismo attitudes don’t play themselves out in a variety of societal ways; we’re kidding ourselves too if we think our own culture is immune to such abuse.

It didn’t hurt, but I could still feel where his hand had landed harshly on my backside. For several hours after I could feel the outline of every finger not due to pain, but because of how gross I felt. Thinking back to the few moments before it had happened it all made sense. I was waiting at the only light there is on my 15 minute walk to work. When it turned green I proceeded to walk across the street and as a couple was about to cross my path I slowed down. They were looking at me for what seemed like more than the average amount of time. I only seemed to notice it looking back on the scene. As I slowed, out of my peripherals I noticed a boy oddly close to me and once I slowed he veered away from me and down the street I was crossing. A block later I heard hurried foot steps behind me and then a firm smack. I immediately wheeled around amidst a stream of curses (I’m embarrassed to say)and by the time I had made a one/eighty to face my accoster he was already scuttling away and had made it at least 5 feet. The maybe 17 year old boy in a school uniform, the same boy from the block before, was retreating as fast as he had come on.

I had known it would be coming. If I had read into the events that happened right before the slap that was heard through Xela (not really); the couple watching him follow closely behind me, me turning on him right before he had planned to slap me while I was crossing the street I would have realized it was coming. I have been here four months and I’m honestly surprised it hadn’t happened earlier. There are many American, European, and Canadian women in Xela working for non-profits or here to go to Spanish school. We stick out like soar thumbs and due to our light skin, blue eyes, and golden hair we’re targeted. We’re new, exciting, something men here don’t see everyday. We’re something to brag about, “I touched agringa‘s ass today!” I have made many girlfriends here and they all have the same story to tell, all seeming to have the same reaction, dumb-founded stairs, silence, and sometimes even tears. I had mentally prepared myself for this moment, for when it was my turn. I had decided from the beginning that I could not stare dumbly. I told myself from very early on, “Penelope, you will take every precaution to be safe here, but something like being slapped, pinched, or grabbed will happen to you. You can either let it happen or you can do something about it.” I had given myself this pep-talk every time I had heard one of my girl-friend’s most recent stories.

Within my family I am known for my “take-no-prisoners” mentality and I hope it never fades. I was mentally ready. I turned around ready to do I don’t know what, but found him already several feet away. Metal water bottle in one hand and tupperware container full of my breakfast (yogurt and fruit) in the other. With him already out of arms reach, making it unable to grab him by the collar and shake him I did all I could and chucked my breakfast at him. Store owners watching. The boy’s eyes widened and I think he was literally dumb-founded. Unfortunately missing, my rage had not given me the clarity to aim (you can be sure something I will be practicing) and the unusual weight and balance to the tupperware throwing me off. He kept retreating and I proceeded to walk after him, metal water bottle raised yelling at him the whole way till he was in full sprint and around the corner. I am sure this was not his first rodeo, but I am confident that this was the first time he had ever received this sort of reaction. Ashamed and embarrassed of what he had just done to me I went and retrieved my breakfast which had luckily not broken open, but was lying sadly in a dirty puddle.

I think about all the women that are sexually accosted on a much greater level. How, what happened to me was really just child’s play, but still made me feel disgusting and low. Why is that women are the ones that feel embarrassed after something like this happens? We did nothing wrong!

Guatemala lives under macho rule. Women don’t have much to any say, constantly belittled, daughters don’t usually receive the same treatment as sons, wives don’t find themselves partners in their marriage, but just an object conquered; expected to clean, cook, and bear children. Within this macho culture women are raised to be passive and to obey men. Women are constantly berated with more than your average cat call (a simple whistle just won’t cut it); heads hanging out of windows, targets of obscene sexual comments, and as I have experienced being touched inappropriately and without permission. This is normal. Sometimes I feel like the women have bought into it here, but really its all they know.

I only hear the stories of the other Western women that are here as I don’t have many opportunity to have these conversations with Guatemalan women. I assume that they have similar and worse stories. In reality, us “white girls” have a little protection. If a Guatemalan women is touched, raped, goes missing its rare for justice to be served. There is little weight put on their lives. Heads would role if this happened to a “white girl”. They rather not go through the trouble.

In Mayan culture God is made up of both feminine and masculine energy. When Mayan priests begin their prayers they first recognize the feminine energy, second the masculine. It was with the invasion of the Spanish and the male dominated culture they brought with them that the traditional gender role views slowly began to shift. While Mayan culture’s appreciation of both female and male energies equally remains it suffered a greater blow. Guatemala has been heavily wounded by violence. The civil war left deep scars and Guatemalan women are especially exposed. In Guatemala more women (per capita) are murdered than anywhere else in the world (2009), and the murders, the so-called “femicidios”, are characterized by raw brutality and hatred towards women. Women find themselves the punching bags to drunk, stressed, depressed men.

While the appreciation for women within Mayan culture has suffered it is still a breath of fresh air to get out of town and walk through the dirt paths of the Mayan communities.

The need for education is great. The need for a rise in women’s self-esteem is desperate. We work every day through women circle meetings to praise women. Teach them their not worthless. They are more than a body who’s soul purpose is reproduction. I am proud of our work in the communities. We have seen differences in pride and self-esteem which will in turn change the view of how things should be in the home and the rest of the community.

Things are changing, but not fast enough and not on a large enough scale. Never the less I am proud of the progress we are making. 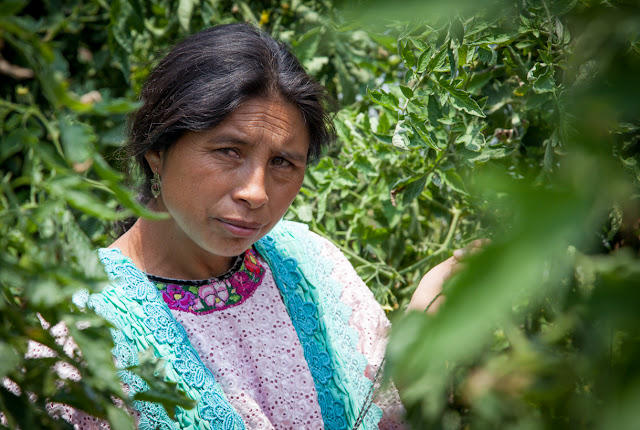 *For family and friends that read my blog I want you to know that I am not in danger. I am extremely careful. I walk no where on my own after dark. When I notice men on the sidewalk I move to the street and visa versa. I am very aware of my surroundings. If anything this experience has strengthened my vigilance. Please do not be worried. I promise I am more than alright.