My church will send out two service teams over the next weeks to Guatemala, about 50 people in all. Over the past 8 years, hundreds from our congregation and community have served in Guatemala with our partners and friends, Highland Support Project. It will come as no surprise to the pastors and the jaded out there, but the Christian ‘mission industry’ is rife with organizations and projects that do little to remedy the causes of systemic poverty, do less to foster equitable relationships with the ‘poor’ and do very much to make North American Christians ‘feel good’ for a week before they leave for home, grateful for their ‘blessings.’

Painting churches and repairing storm damage and hugging orphans, while all good, is not mission- at least not in the New Testament use of the term.

Highland Support Project gets it right and with them we’ve gotten to be a part of it.

Penelope Norton is a recent college grad, former church youth, friend and now employee with HSP in Guatemala. This is from her blog (subscribe to it!) and she makes the above point better than me:

I was able to go home last week for the funeral of my grandfather. I am so thankful I could be with my family during this time and beyond the sadness of morning my grandfather I had a wonderful time being with family and close friends.

It was on my return flight to Guatemala, from Atlanta to Guatemala City, that I was overcome with the realization that Guatemala has too much foreign aid! There were 4 mission trips alone on my flight and I know for sure that there were at least 2 other flights coming into Guatemala that day from the United States.

The reason I can confidently say that these were mission trips was because each “team” had their own specially made t-shirt, which each person in the group was wearing. Each t-shirt bore the cross and a verse from the bible about the mercy of Christ. I am intimately familiar with the look; I myself went on several mission trips where we were all extremely coordinated in attire. I am not sure what the appeal of that is . . . I tried to ask a member of each group what they were going to be doing for their week in Guatemala although I never made it over to ask the neon, tie-die group.

Pretty much all of them had the same answer, “we will be visiting an orphanage”, “bringing medicine to a really poor community”, “painting a church”. Now that is all good and well, but what does that “poor” community have once those mission/service/volunteer teams leave? A bottle of medicine that will run out in a month? A memory of white faces that treated them like they were poor? A building that is freshly painted, but will probably never be used because it was not that “poor” community’s idea to have it there in the first place?

I am sad for both groups of people, the community that is now poorer and the group that came to “help”. Please do not get me wrong, this is in reference to any group of people whether they be from a university, a church, temple, mosque, or volunteer organization.

In reality the team of people that came from the states to help had all of the best intentions in mind! I cannot be upset with them for that I just wish they could see how their aid has left the community they worked in. What actually happens is people come for a week and everything is all smiles and it feels as though the team has made a world of difference in the lives of the people, but most mission/service/volunteer teams will end up giving away aid for free and where does that leave the community?

The community develops the mindset, “I don’t need to work, I can wait on the next hand out that comes from the next service team”. These handouts leave a community that once had developed systems of support, entrepreneurial aspirations, investment in their children’s education, and pride in themselves without any of those things. This type of aid reduces people to believe that they are incapable of doing for themselves, they are reduced to having zero self worth, and they don’t take ownership for their community any longer. It is true that communities need help!

In the organization that I work for we measure poverty not by the amount of money you make, but by the opportunities available to you. Instead of giving material things we give experiences and opportunities. Instead of giving food to a family we teach the woman of the house a skill that she can support her family on. Instead of giving medicine to a whole community we organize support systems so that relationships can be formed in which they are comfortable to ask their neighbor for help. Instead of painting a building that was our idea to erect in the first place, we work with community leaders to identify what communal problems they want addressed with some support from our organization. This puts the power back in the hands of the “poor” and they are “poor” no longer.

They have their pride and they are invested in their families and communities. This might take more investment and it won’t provide instant gratification, but it is the right way of doing things.

As ashamed as I am about the horrid t-shirts I had to wear on the high school mission trips I am proud that my church chose to participate in mission that truly benefited the community instead of leaving it a poorer place. 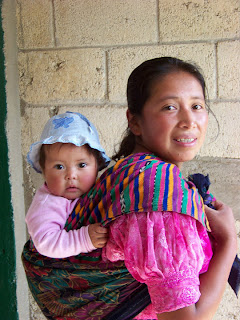 If you treat this woman like she is poor she will believe it and become so.

2 responses to Do Christian Mission Teams Help? Or Hurt?